HOW DO YOU ENVISION WE SHOULD LIVE TOGETHER? 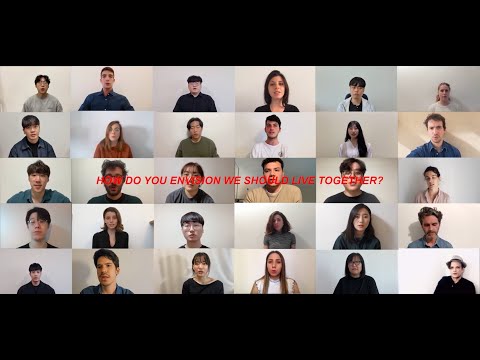 WHAT IS YOUR IDEAL SCHOOL OF THE FUTURE? 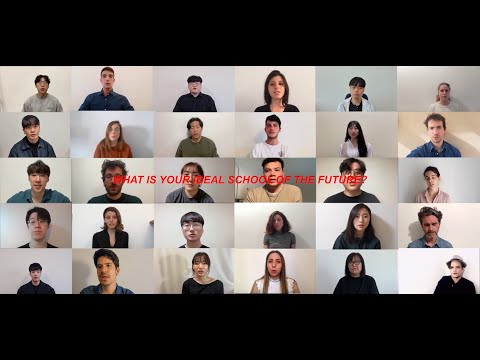 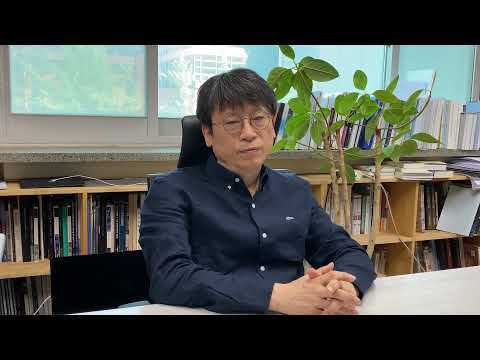 Inha Jung, a critic and historian, is Professor of Architecture at Hanyang University ERICA Campus, where his research and teaching are focused on East Asian modern architecture and urbanism. 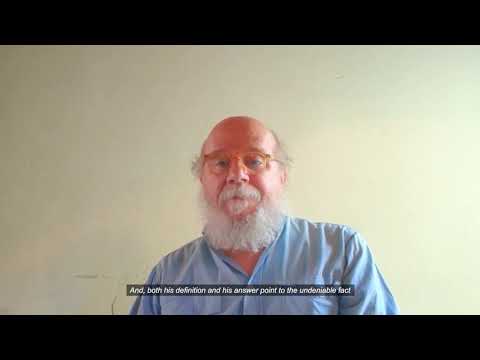 Giovanni Galli is Associate Professor at the University of Genova, where he teaches Architectural Design and Theory of Architecture.

Sabine Storp, Professor of Architecture and Inclusive Practice at The Bartlett School of Architecture, teaches Design Studio, focusing on inhabitation in the city and integration of community engagement.

Grace La is Professor of Architecture at Harvard University Graduate School of Design and Principal of LA DALLMAN Architects. 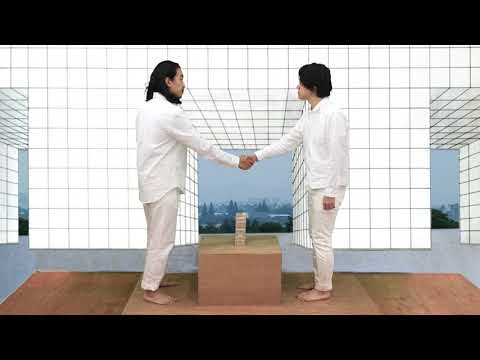 Envisioning an autonomous structure connecting beyond the capitalistic and political interests of North and South Korea, a new architectural monument, a contemporary dolmen, is proposed to overcome the 70-year-old political conflict. Influenced by the radical architectural experiments by Rem Koolhaas in the 1970’s, this thesis explores architectural strategies in ways these two heterogeneous societies can live together despite different ideologies.

Divided nations since 1953, a 4-kilometer strip of buffer zone called the DMZ or the Korean Demilitarized Zone, was created. Both nations were required to evacuate their part of the DMZ of all civilian settlements, except one for each nation. Sitting directly opposite of each other, these two farming villages, Kijong-dong in the North and Daeseong-dong in the South, were built for propaganda to extol each side's superior way of life.

The new bridge-like structure, almost 1-kilometer long, breaks across the border and provides flexible space for different uses and events in the eras leading to reunification. The villagers from both sides can come together in the collective space and eventually become amalgamated. On the day of reunification, everyone will gather to celebrate the historic moment with a festival. As time passes, the architectural artifact becomes a monument, reflecting on the history of the two divided Koreas.

Jjockbang villages, urban enclaves weaved into the city fabric of Seoul, are informal settlements for a displaced population with no financial mean. Jjockbang literally means a small room or a small house ‘divided’ into smaller spaces to accommodate just one person, and the 3.3 square meter room can be rented for only 8,000 won a day. A type of minimal living below substandard, jjockbang living is an inherent part of the urban conditions in Seoul, and without them, there are no places for the urban poor to go.

This thesis proposes a series of strategic architectural interventions with prefabricated modular system designed to bring modern living standards to a village fallen to disrepair. The prefabricated units are composite that incorporate structures, windows, doors, interior, and exterior finishes, which can be assembled rather easily like a DIY furniture kit.

These interventions spatially transform the different nodes of the neighborhood: a shared social space on a roof of a clinic with outdoor access, a horizontal outdoor extension from the interior living space attached to an existing facade, and a communal kitchen and dining space transforming a public alley space. All these plug-in structures are designed to enrich domestic and community life of the jjockbang dwellers.

As electric and autonomous vehicles become more prevalent, the concept of vehicle sharing can expand to help solve on-demand needs and become a major catalyst for urban transformation. There is an opportunity to rethink urban life and city. In the near future, with sharing economy being ubiquitous, will we live in a world of a subscribing city?

An increase in AVs will lead to fewer cars on the roads, highlighting the synergies between AVs and ride-sharing schemes. This in effect will create car-free alleys and greening of spaces and roads. With AVs as part of multimodal and sharing-mobility systems, millions of square kilometers currently used for parking spaces might be liberated, or even change the way we design road space. Freed from congestion and pollution, AVs would attract more residents to city centers.

Gangnam district in Seoul is a good place to study and propose the concept of subscribing city due to the nature of variety of housing types, commercial and office districts, and high in population. Testing and proposing a new type of living with shared programs, with AV hubs reutilizing parking structures in the cities, and creating more green spaces with less traffic is the goal of this thesis.

Public bathhouses, mogyoktangs, are inherent part of our daily life and steeped into the Korean culture. Every weekend it was a family ritual to congregate in the local public bathhouse, a communal space in the heart of the neighborhood. As the trend and lifestyle have changed nowadays, the Korean bathhouse culture is gradually disappearing, and many bathhouses are becoming urban ruins throughout the city.

What should become of these old public baths? How can a new conception of urban public bathhouse initiate new social dynamics, new social opportunities, and a new place for gathering for the locals. There is a need, and an opportunity now to rethink and reintroduce the public bathhouse in the contemporary urban city, and a bathhouse is an architectural typology for invention and interpretation.

Located in Imun-dong, a bathhouse called Manboktang sits empty, waiting for a new purpose. At the juncture of five alleys in a low-rise residential neighborhood, Manboktang sits taller than the surrounding buildings with its iconic chimney stack. A renovated bathhouse with modern communal programs, Manboktang will become a new social hub for meeting people of one’s neighborhood and an urban oasis, where people can escape from the strain and stress of everyday life.

The basic principle of the project is to generate numerous types of housing and cohousing. In this tower, multiple aspects of coexistence are addressed, avoiding gentrification in order to include as many people from different backgrounds as possible. The spaces are designed to change together with their inhabitants, and with the different living situations that occur over time. This logic is applied to both private and common places. The private ones can vary in the internal conformation and in the terraces used as an extension of the living spaces or as meeting places to implement sharing. The common spaces are designed to ensure flexibility through simple actions, including activities that promote a sense of collectivity and community. The study of these solutions has allowed the experimentation of new ways of living together.

MIRROR OF THE SEA

Our building will stand on the south corner of ponte Parodi, with three sides facing the sea.
The structural grid is made up of pillars and a central supporting core containing the stairwell.
This concept has allowed us to arrange the plants through a precise strategy:
we decided to combine the functions in the center of the apartments, without ever affecting the fully glazed perimeter.
The building is designed to keep up with the times: the flexibility of the spaces allows the interior spaces to be modified according to the users’ needs that may change in the future.
Each floor has different functions and apartments of different sizes:
our idea is to combine residential, commercial and common spaces inside the tower.
The ground and the first floor are connected with the surrounding site and host a relaxation and study spaces and a refreshment area.

Our project is based on the creation of a tower divided into different types of housing, which will allow the widest social development and interaction between the various condominiums. In addition to the students allocated apartments, we tried to create a social mix. In fact, we wanted to merge two age groups very distant from each other, namely young people and the elderly. Moreover, our housing types will be developed on two floors which would share services and various living and relaxation areas arranged along the plan (se vuoi dire piano non mi piace). The latter type concerns the age group between 31 and 60 years. The entire tower has been oriented according to a careful study of the movement of the sun , using private loggias for each house, so as to ensure light, open spaces and great ventilation.

The main design feature of the tower is the facade's structural grid. The grid is denser at the tower's bottom and lighter at the top. This choice suggests to the viewer a progressive sense of lightness. This structural rule affects the internal layout of the floors and their respective apartments. Indeed, these apartments grow in size proportionally to the height of the level. These apartments are studied to host a heterogeneous audience: multigenerational families, multiple flatmates, or couples. Further, the tower contains multiple floor apartments for cohousing that share a common space on each floor. The tower's roof is a shared space for the residents.
One side of the tower is tangent to the sea. This position, together with an open porch, creates a sense of space. The ground floor hosts a restaurant and a bar area.

The project consists in a residential tower inside the Parodi bridge, in the Old Port area of Genoa. A stair wraps our tower as the fulcrum of the project. It is a social space with different functions that joins the different cohousing spaces. The main feature that we wanted to give to our project is to create different spaces inside the tower, both in size and in exposure, capable of hosting a social mix. In fact, inside our tower we have apartments of different sizes and types and cohousing developed on two levels. Each cohousing has access to the external spiral stair that connects it to the next ones. For the terrace, we thought of a flexible space, which could change its purpose over time. In the centre there is a fixed part, and a flexible open area around it. The ground floor is dedicated to a restaurant and a bar area.

The workshop explores the grey area between formal and informal, individual and collective, specific and generic, form and process in search of common codes. Very different backgrounds meet in “Beyond the Inevitable” to develop together a language to claim the rights to the house, the city and the planet, disarming the contradictions and transforming instability into a positive condition.

Close
Close
Beyond the Inevitable: Seoul and Genova ↓

Beyond the Inevitable: Seoul and Genova

Cities as diverse as Seoul and Genova will inevitably come up against the more challenging aspects of contemporary urbanisation, from the rise of the sharing economy and collaborative consumption to the displacement of communities due to gentrification or migration and the relentless need for constant innovation as a result of rapid technological advancement.

Collaborating on an exploration of the different urban cultures of distinct sites within Seoul and Genova, students from Hanyang University ERICA Campus and the University of Genova will come together to propose a methodology for creating a more sustainable network of communities. Through joint design studios and workshops, these students will share cross-cultural insights into key architectural and urban issues affecting our cities and how they might respond to a variety of opportunities and challenges.